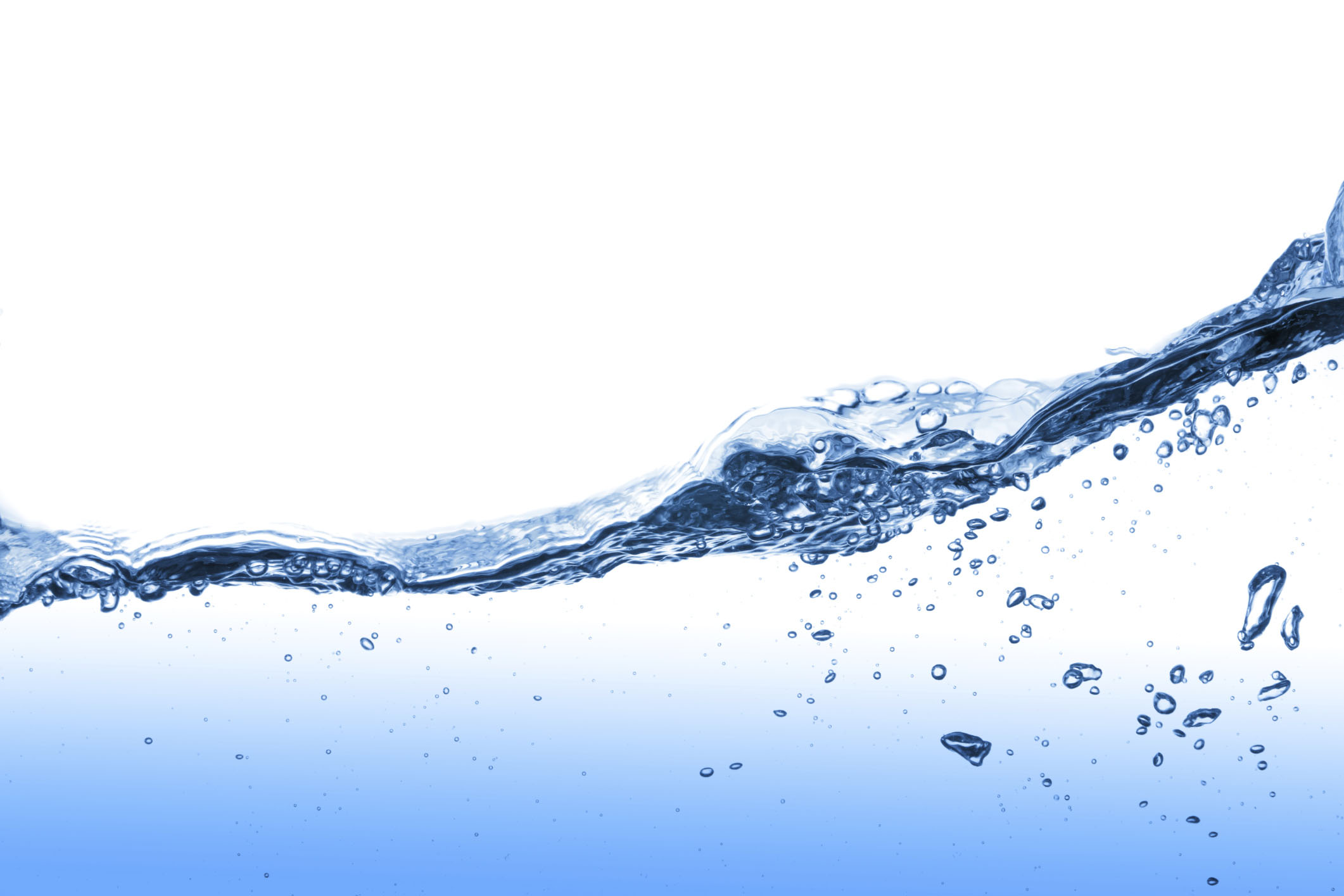 The treatment plant at Balsareny (Barcelona, España) was the first treatment plant that was inaugurated in Spain using the trickling filter system with a plastic media instead of a mineral one like it used to be done back then.

The treatment plant in that city is still working without any kind of problems 26 years after the inauguration, on 1989, and without needing any additional changes to the design or operation plan. The installation comprises a thick grill, a thin grill, a primary clarifier, a trickling filter with filter media “BIOFILL® type A” and a secondary clarifier. 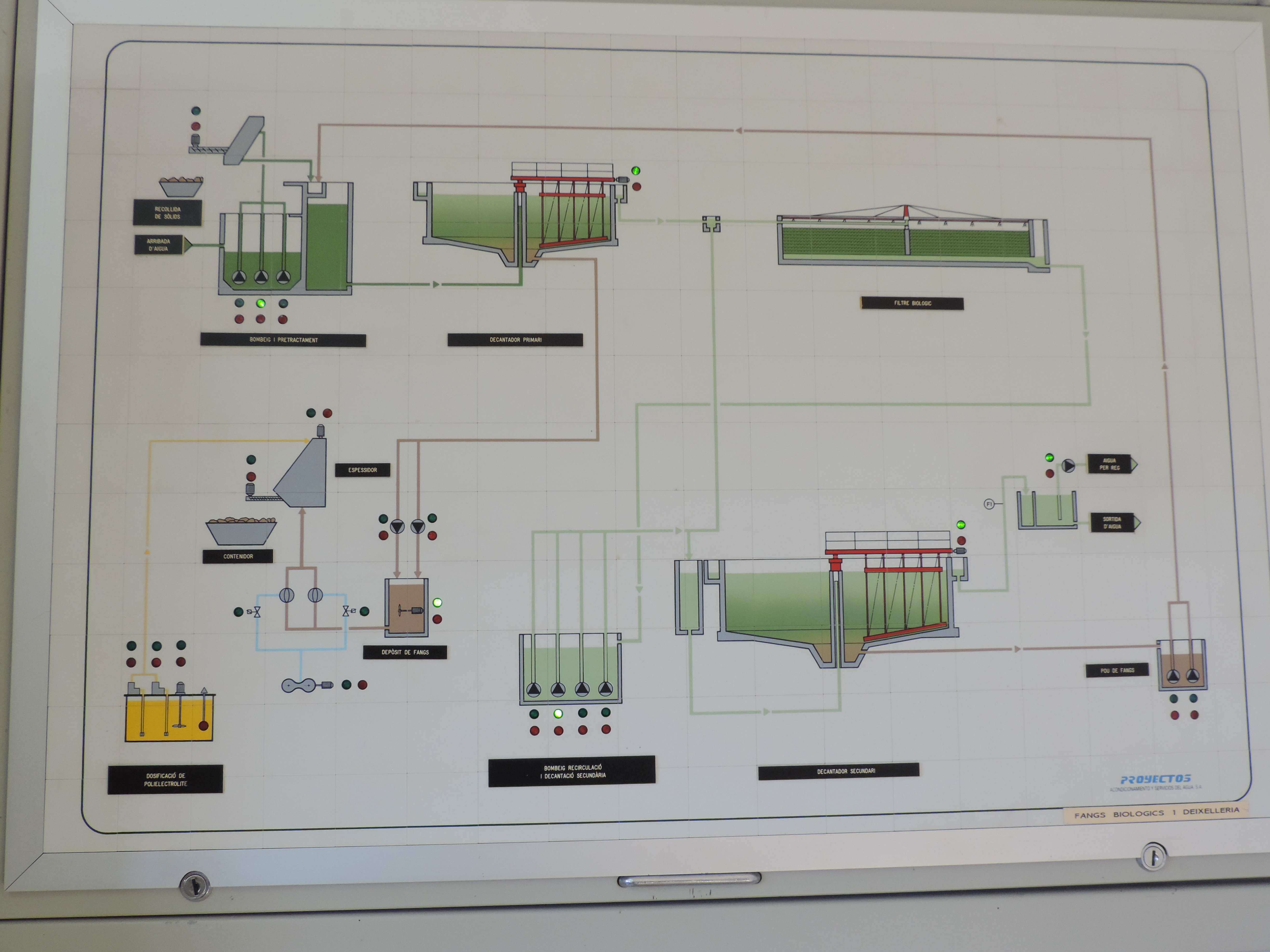 Spain is a mountainous country with many rivers that have a short length and low flow except for periods of rain, which are home to a great number of animals and plants. During the 60s and 70s, the country went under a big industrial growth, specially in Catalonia (northeast Spain) and all the northern regions of the country. Textile, metallurgic and paper industries gradually contaminated the rivers until they became open air sewers where life had almost vanished.

At that time, in Spain there were few WWTP constructed and most of them performed only a physical-chemical treatment, except in some big city. In some cases they used trickling filter with mineral media. The physical-chemical system supposed a high consumption of chemicals, high sludge production and low performance in the elimination of dissolved organic load (70% approximately) in the best scenario. Biological plants using trickling filter with mineral media didn’t have a great performance either and got easily clogged. 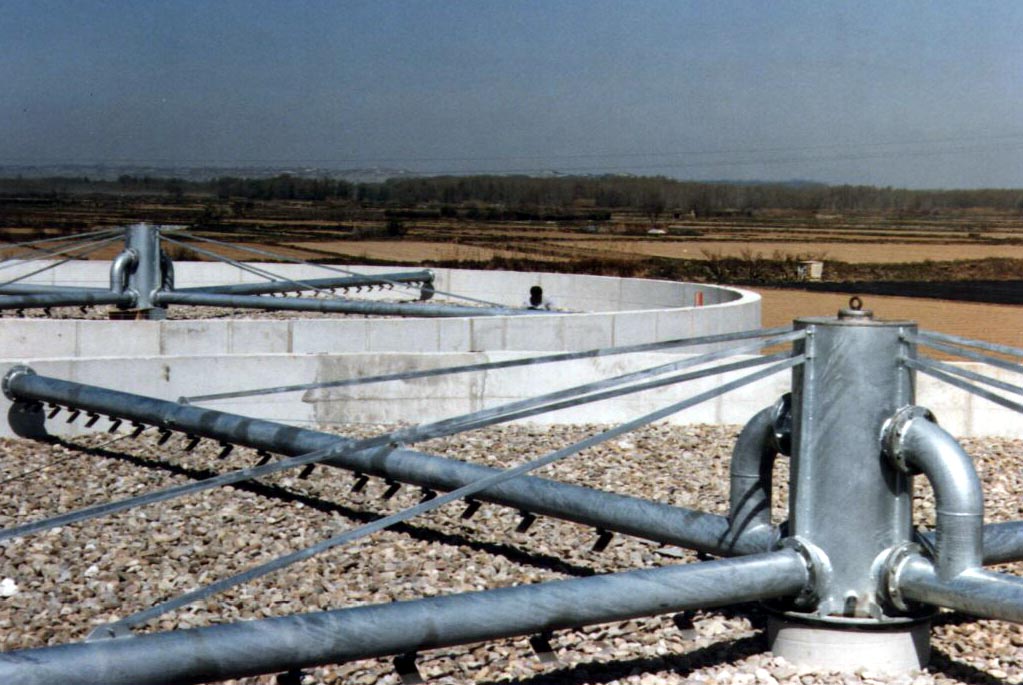 The Catalan Autonomous Government, advised by technical personnel from the University, proposed to an engineering company the design of a wastewater treatment plant that worked using a trickling filter with low energetic consumption and high working efficiency to install in a municipality with many industries, next to a river that had lost the life it once had. That plant was installed at Balsareny, next to river Llobregat. The purification process is as seen in the previous diagram and it is physically as follows. 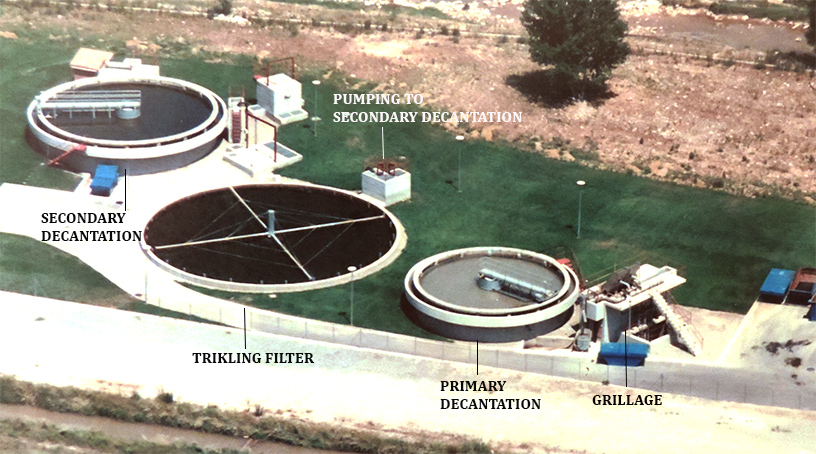 The plant was built during 1988 and half of 1989 and the BIOFILL® media type A was installed as a filter element for the trickling filter. This had started been produced in 1988 by the enterprise CEPICMA, which developed the product from an Italian design, and afterwards modified it thanks to many pilot plant studies in collaboration with the University. The success was so impressive that many WWTP were installed in municipalities of the same river during the successive years. 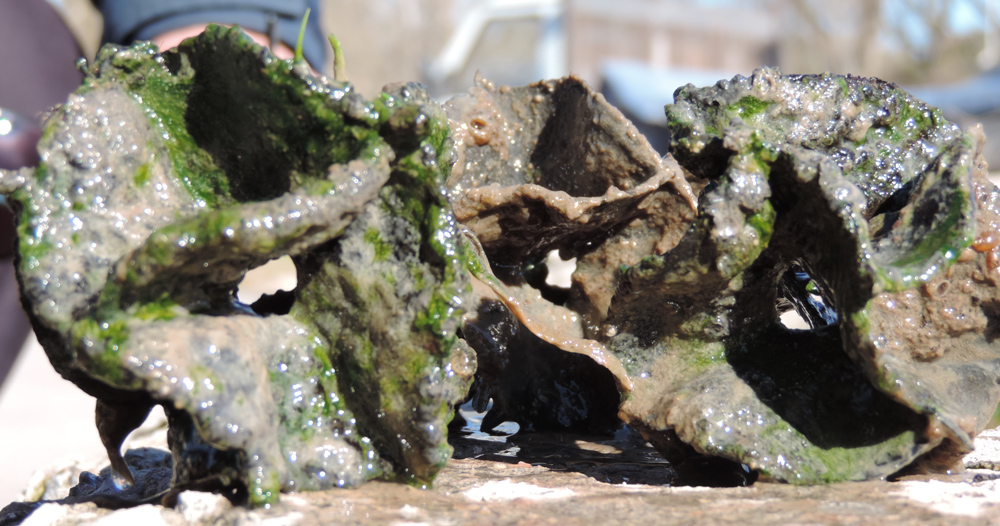 As it can be seen, the adherence of the biomass to the filter media is complete and does not diminish the free volume that allows the flow of water.

The filter media BIOFILL® type A installed for the projects has not needed to be replaced in any of the cases. Later on, this system has been usually used, not only in textile industry, but also in other industrial sectors.